The Company Ambrosioni Ottavio s.r.l. was founded by Mr. Ottavio Ambrosioni in the immediate post-war time, and its articles of association provided for the building of air compressors and accessories for pneumatic systems. Mr. Ottavio Ambrosioni had been working in the air compression field since the 1920s and in the 1930s had been hired as a technical employee by the Company Ing. V. Marzocchi a. c., where his skills earned him a General Proxy appointment by public deed. Meanwhile, following up on steady industry demand, 8 to 10 bar pressure standards were by then too low. Therefore, devices were designed that could operate at a 20 to 25 bar pressure, quite a high level for the time.

Along with such compressors, the relevant accessories where obviously designed and built, including pressure reducers, safety valves, cutoff valves, and gate valves. Thanks to the quality of its products, the Company Ing. V. Marzocchi a. c. became a supplier of the State, then represented by the Ministry of War, as well as of several major Italian industries. This field includes electromechanical industries that build high-voltage pneumatic switches, hydraulic machines for power production, electric ovens for the production of steel and iron alloys, and water lifting systems for water systems. The power generating and distributing companies are therefore included too.

In 1943 the company was seriously damaged by bombs, and its activity was only resumed after a few months. Following the early death of Mr. Marzocchi in late 1944, the company’s Proxy Mr. Ottavio Ambrosioni took over the company’s ownership, and gave it its current name. In the post-war time, production was almost frantic, at first for reconstruction, and then for general development.

The constant demand for higher and higher pressures was later tackled and satisfied by his son, Mr. Sergio, engineer, who was by then a full-time employee of the company. The company Ambrosioni Ottavio s.r.l. manufactures electric compressor groups up to 220 bar, and has conceived appropriate automatic systems to be applied to the equipment, that may operate safely even in unmanned systems. At the death of the founder Mr. Ottavio Ambrosioni, his grand-son Alessandro, the son of Mr. Sergio, took over, thus ensuring the Company’s continuity. 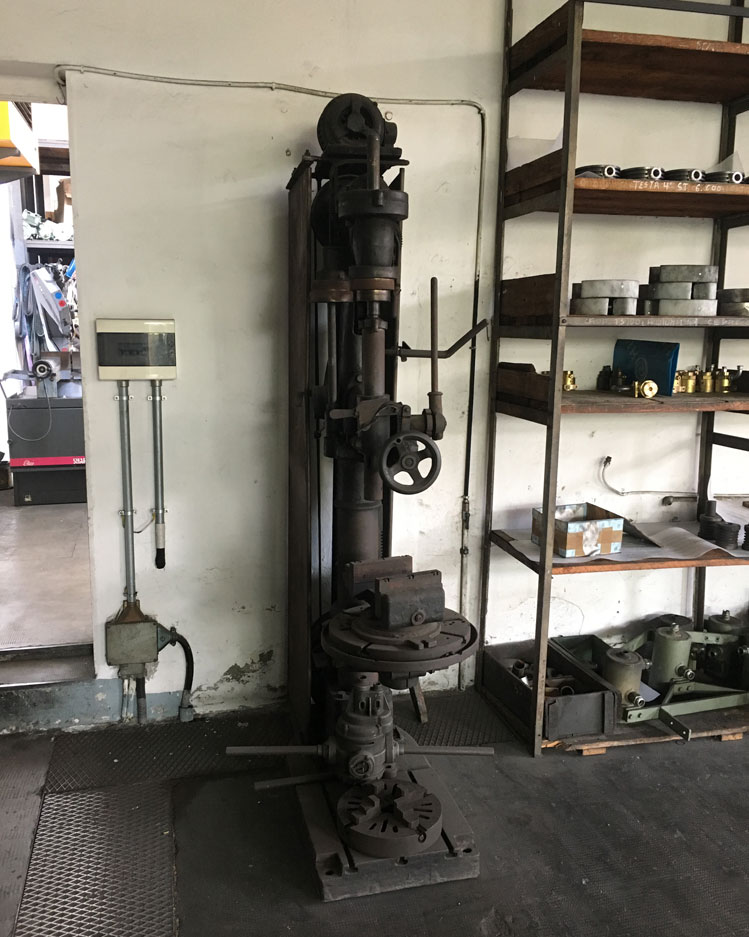